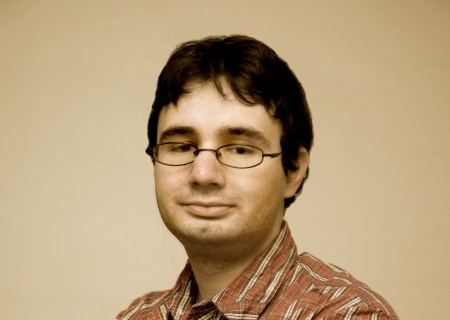 Last week’s reunion of Defense Ministers at the NATO HQ took stock of the Alliance progress in implementing the decisions taken at the Newport summit last year. The NATO spearhead force became operational (under the official name of VJTF – Very High Readiness Joint Task Force), an intermediary version of the rapid reaction force presently coordinated by Germany, Netherlands, and Norway. Its operational capacities and 2,000 military men were tested in the Noble Jump exercise that took place in Poland a few weeks ago. Technically speaking, the spearhead represents the force which, if necessary (including under Article 5 scenarios) would be immediately deployed (in up to 48 hours) to strengthen the vulnerable flank.

At the same time, the six NFIUs (NATO Force Integration Units) designed as facilitating points for the incoming units and logistic coordination on the Eastern Flank, including the one in Romania, are to be open by January 1, 2016. Each of these small command and control elements will have a staff of 40 persons (half of which supplied by the host nation) and will fulfill primarily the role of forward logistical outposts (ready to receive eventual reinforcements), not as combat HQs. Thus, the entire logistical architecture of support and transport from Old to New Europe, including the legal framework for stationing troops, is incrementally rethought at Alliance level. NATO debates also the idea of creating a logistic management hub that will centralize even more the logistical framework of the Alliance.

All these elements are part of a larger plan representing “the biggest reinforcement of collective defense since the end of the Cold War” as specified by NATO Secretary General present in Bucharest. The message is clear: “NATO is here” and is ready to respond to any threat. Equally, the visibility of the Alliance increased significantly through more intense exercises carried out lately, with 300 exercises of various magnitude scheduled for this year alone (two thirds of them national) to test the reaction speed and capacity for reply of NATO forces. The high point will be reached in fall, when Trident Juncture 2015, what is probably NATO’s largest exercise since the end of the Cold War, will take place in Spain and Portugal. Around four brigades reuniting some 30,000 people shall be tested. The place chosen is symbolic: far from the Eastern border, in Old Europe, where the public opinion solidarity reflexes have become somewhat rusty.

Sure, the press has discussed at large the specific American contribution which Washington puts on the table. Defense Secretary Ash Carter has announced in Tallinn a significant repositioning of American equipment on the Eastern Flank. Over 1,000 vehicles (without going over the standard of a brigade), including tanks, Bradley combat vehicles and mechanized artillery are to be temporarily distributed in Bulgaria, Romania, Poland and the Baltic States.

Far from talking about a static presence or about permanent bases such as those during the Cold War, the essence of this architecture is mobility and flexibility – a “rotational regime” paradigm, if you will. The combat hardware will be deployed close to training bases and exercise polygons, in order to be used by the troops rotated here. The repositioning of the military equipment is closely correlated with NATO exercise policies.

A lot of discussions last week, especially in the Pentagon’s chief speeches, were focused on the new playbook that NATO is adopting towards Russia. But, essentially, today’s debate overlaps with the one that took place during the first NATO expansion after the Cold War. Then, the ex-communist states were promised that, in the event of an Article 5 scenario, the Euro-Atlantic cavalry (approx. 20,000 – 40,000 people, the equivalent of two or three divisions at the time) will be deployed to the Eastern Flank [1]). In the mid ’90s, the consensus was that NATO can count on projecting military power to its Eastern border in order to enforce the defense commitments of its newer member states, in the event of a crisis [2]. It is, in essence, the same reinforcement and strengthening of the more exposed states component as the one articulated at the Wales Summit under the VJTF form. Meanwhile, on the territory of the newer member states, the Alliance has to prepare the necessary infrastructure (modernized airports and bridges included) able to receive those forces that are physically hosted by Old Europe. This is exactly what we are seeing today by equipment repositioning, development of logistical centers and accommodating infrastructure (which are at the heart of the European Reassurance Initiative announced last year by president Obama in the opening of the Newport summit). Even the current size of the NATO Reaction Force (40,000), of which VJTF is a part of, is close to the number proposed in the second half of the 1990s for defending the newer member states. In addition to all this, a specific American contribution was announced last week: Washington puts at the disposal of the “spearhead” force all those expeditionary capabilities (intra-theater and strategic lift; airborne intelligence, surveillance and reconnaissance; combat sustainment support; mid-air refueling; an air and space expeditionary wing; naval support assets; precision joint-fires; combat helicopters; special operations air and maritime capabilities) meant to boost its insertion potential into the operations theater.

Ultimately, even if the security environment has changed dramatically, the Alliance continues to operate within the limits of the Founding NATO-Russia Act, conserving the same “defense-in-depth” posture based on expeditionary power projection. We are just in the creative implementation stage of what has been called in the moment when it was being drafted “the sentence from hell”[3] (written by the current NATO Vice Secretary General – Sandy Vershbow): ”NATO reiterates that in the current and foreseeable security environment, the Alliance will carry out its collective defense and other missions by ensuring the necessary interoperability, integration, and capability for reinforcement rather than by additional permanent stationing of substantial combat forces. Accordingly, it will have to rely on adequate infrastructure commensurate with the above tasks”. For some, it is too little and inadequate relative to the immediate trends of the regional security environment. It is therefore of interest to underline the perspective of Janis Sarts (Latvia’s Defense Minister) articulated during the joint press conference with Ash Carter, where he was signaling the vulnerabilities of a system based on “in-depth defense”: “here, in this narrow corner of the world, Putin believes that he enjoys superiority, regional superiority. (…) And we are not talking about entering into a new Cold War type of arms race. We are not trying collectively to match Putin, I mean, tank by tank, or helicopter by helicopter in the Baltic Sea region either. But the problem is that Putin sees himself as having two advantages, one of space, the other of time. Basically, he believes that he can move things very quickly. (…) that he can take decisions and start implementing them immediately. And secondly, because of the geographic proximity, he has quite significant assets here that are immediately on the other side of the border. So I would say that in order to be adjusted in the situation, (…) the posture has to be militarily significant enough to change that calculus to basically neutralize that perceived advantage of space and time. So I think this is of essence.” On the other hand, for Russian propaganda it is unacceptably too much.

Almost all adaptation measures proposed by NATO at the Newport summit last year stand under a logic adequate for the 1990s, of a highly permissive security environment, where power projection was the Alliance’s comparative advantage (it was the dawn of the unipolar world). Structurally, today’s landscape is fundamentally different. There are technologies (“ballistic missiles, precision strike technologies, unmanned systems, space and cyber capabilities”) on the market specifically destined to “counter U.S. military advantages and curtail access to the global commons” as the just released U.S. National Military Strategy states. The anti-access and area-denial systems (A2/AD) that Russia is currently developing can keep at bay the Alliance rapid reaction forces. All these should generate consequences for NATO’s alignment especially on the Eastern Flank.

This is certainly a problem which preoccupies General Ben Hodges, the U.S. Army commander in Europe: „president Putin has significantly increased his ability to deny access into the Baltic region and the Black Sea. The amount of long range systems that are in Ka­li­ningrad and Crimea, air defense systems, the electronic warfare capabilities that we’ve seen on display in the Donbass region are significant and we cannot assume that we would have months, if there is going to be a contingency in Eastern Europe of some sort, we cannot assume that we would have time to build up our forces and capabilities” he said at the Wrocław security forum in early June.